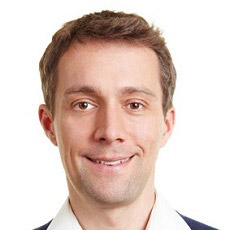 He was riding his bike along a residential street.

The street was very narrow because there were cars parked on the pavement.

A car then came along in the opposite direction at high speed and Jamie had to swerve off the road to get out of the way.

He was thrown of his bike and badly injured.

Jamie suffered a very serious fracture of his shoulder and eventually had to undergo a shoulder replacement operation.

He also suffered some facial and nasal injuries.

Car drivers have a legal duty to take care for the safety of all other road users – including cyclists!

Joanne Smith was satisfied that the car driver was at fault.

So she was happy to take on Jamie’s case and she acted on “no win no fee” terms.

The insurers for the driver denied any responsibility for the accident.

So we gathered detailed evidence from Jamie and the other witnesses.

And then we got on with court proceedings.

The insurers agreed to negotiate with us as the case was approaching trial.

Jamie accepted an offer of £65,000 in compensation for his injuries.