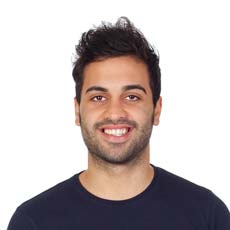 Mr McGowan asked Mulderrigs to help him claim compensation for a construction accident in London.

Mr McGowan is a construction worker.

He was working at a block of flats in Balham SW12 carrying out maintenance work to some external lighting.

Mr McGowan was working alone and there was no one to “foot” the ladder whilst he worked on the wiring.

As a result the ladder slipped and Mr McGowan was injured.

As a result of the injuries he needed surgery to repair the fractures.

He was away from his work for several months.

All employers have a legal duty to take care for the safety of their workers.

There are complex regulations in place to protect the safety of workers in all sorts of different settings and Mulderrigs are experts in these regulations.

Another lawyer had told Mr McGowan that he didn’t have grounds for a claim.

But the employers were clearly in breach of their duties under the Work at Height Regulations 2005 (WAHR).

So Joanne Smith was happy to take on the case and she agreed to act on “no win no fee” terms.

We sent a detailed Letter of Claim to the employer’s insurers setting out details of their breach of duty.

The insurers denied liability for the accident so we advised Mr McGowan to bring court proceedings.

The court then ordered both sides to attend a meeting with a view to discussing settlement.

We had detailed witness statements which helped us to prove that the employers were in breach of their duty of care.

We also had expert medical evidence about the injuries and full details of Mr McGowan’s loss of earnings.

As a result of having all this evidence the insurers were obliged to negotiate sensibly and we reached a settlement of  £30,000.

Mr McGowan sent us a lovely feedback form declaring that he was “over the moon” with the settlement.