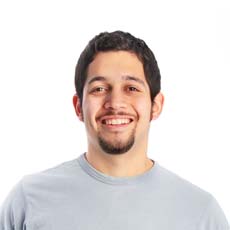 Tom Kirkland from Oldham asked Mulderrigs to deal with his claim for a fall at work.

He was tiling a client’s roof early one morning when the accident happened.

Tom stepped onto a nearby scaffold so that he could inspect the work he had been doing.

But a colleague had removed one of the scaffolding bars the previous day to make room for a drain pipe and then forgot to put it back.

So the scaffolding collapsed as soon as Tom stepped onto it.

He fell more than twenty feet to the ground.

As a result of the accident Tom was badly hurt.

He had injuries to his face, neck, hands chest and back.

It took well over a year for him to fully recover and he was away from work for several months.

Mulderrigs have been dealing with accidents at work for over twenty-five years.

So we took on Tom’s claim against the scaffolding company and we agreed to act on “no win no fee” terms.

Medical experts provided detailed reports about all the injuries.

We also obtained full details of the loss of earnings.

The insurers for the scaffolding company quickly admitted liability for the accident.

So we were able to enter into negotiations with them.