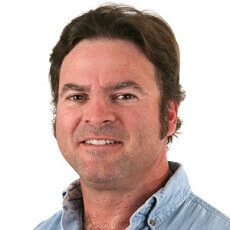 He was involved in an accident while working on a building site.

His dumper truck overturned as he was driving across a steep banking.

Peter was thrown from the vehicle and his leg was badly crushed.

The Law On Claiming For An Accident At Work

Peter’s employer’s clearly had a legal duty to take care for his safety.

And we were confident that they were in breach of their duty.

Peter shouldn’t have been asked to work in such dangerous conditions.

So we were happy to represent him.

But in some cases it is clear that our client will be held partly responsible for the accident.

Lawyers refer to this as contributory negligence.

And in Peter’s it was clear that contributory negligence would be a major issue.

Peter was very experienced and well-trained.

So he should have realised that the banking was too steep for his vehicle.

Above all he should have worn his seat belt.

Peter would not have been crushed if he had worn his seat  belt.

So there was a real risk that Peter would be found entirely to blame.

The insurers accepted that the employer was one third to blame after lengthy negotiations.

We then arranged to obtain the necessary expert evidence about the value of Peter’s claim.

A surgeon provided a report about the condition of Peter’s leg.

And an expert in prosthetics also delivered a report.

This report set out the costs of providing Peter with the best possible artificial limbs.

We prepared a detailed calculation of Peter’s past and future loss of earnings.

Once we presented the evidence to the insurers they agreed to negotiate.

Peter then accepted an offer of £240000 in settlement of his claim.