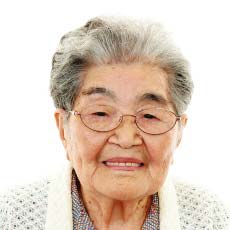 Mulderrigs advised Mr Graham in a claim for a nursing home fall involving his elderly wife.

Mrs Graham was living in a nursing home in  Rochdale.

She was suffering from dementia and needed constant supervision.

The staff at the nursing home didn’t seem to have the place under very good control.

As a result Mrs Graham had been knocked to the floor by other residents on at least a couple of occasions without suffering any major injury.

Mr Graham and the rest of his family repeatedly complained about these incidents but the nursing home didn’t make any changes.

But then Mrs Graham was involved in a much more serious accident.

She was knocked over by another disruptive resident and this time she suffered a broken arm.

The law governing a claim for a nursing home fall is relatively straightforward.

Nursing homes have a clear legal duty to take care for the safety of residents.

They should have enough properly trained staff on  hand to manage the home.

Nursing homes should also have detailed care plans for each resident.

As a result, they can be ordered to pay compensation when a breach of their legal duty leads to an accident, as in this case.

Mulderrigs have represented lots of clients in claims for a nursing home fall.

So we were happy to take on the case and we agreed to act on “no win no fee” terms.

The Pre-Action Protocol For Personal Injury Claims sets out the rules for claims like this.

The protocol encourages both sides to settle the claim without court proceedings wherever possible.

So we sent sent a detailed Letter of Claim to the nursing home.

The insurers for the nursing home investigated the background and quickly accepted liability for the accident.

We then obtained expert medical evidence about the injury and delivered this to the insurers.

The insurers then entered into negotiations with us.

Mr Graham accepted an offer of £5000 in settlement on behalf of his wife.