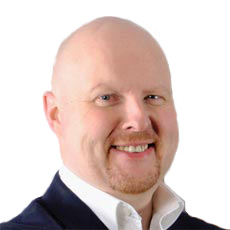 Dave Jackson instructed us in his claim for compensation following a knee injury.

He was injured as a result of a reckless challenge from an opponent.

Dave was running with the ball when an opposing player ‘lunged’ in with ‘studs up’ and caught him at knee height.

The referee sent the other lad off the field for an offence of Serious Foul Play.

As a result of the challenge Dave suffered a serious knee ligament injury.

He needed surgery to repair his knee ligaments and his work was badly affected.

All footballers have a legal duty to take care for the safety of opponents during the course of a game.

Players who cause serious injuries as a result of reckless challenges can be ordered to pay compensation for those injuries.

We have dealt with around a hundred successful football injury claims in recent years.

We interviewed Dave and all his team mates in order to get detailed statements.

In addition to that we obtained the referee’s report of the incident which was very helpful.

We then sent a detailed Letter of Claim to the offending player.

The insurers for the other player admitted that he was responsible for the injury and agreed to negotiate.

Dave accepted an offer of  £18500 in settlement of his claim.