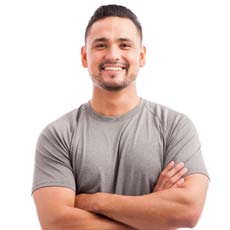 Mulderrigs represented Mr Thomas from Swindon with his claim for a football injury.

Mr Thomas was playing as a semi-professional player in the Football Conference South when he was injured.

He was trying to win a bouncing ball but the  opposing player lunged at him with his studs raised, connecting with Mr Thomas’ his right knee.

He needed several operations and has not been able to return to football at the high level he had achieved before the injury.

We have handled over 100 successful claims for football injuries on behalf of injured players.

Paul Mulderrig travelled to Swindon  to get detailed statements from Mr Thomas and his team mates.

The referee  also gave a statement. He said “I was so cross about the challenge I wanted to send him off twice!”

The incident was also caught on film, so expert witnesses were consulted.

Mr Thomas obtained expert evidence from a former Premier League referee who said it was a clear sending off incident.

The insurers for the offending player denied responsibility for the injury.

So we brought county court proceedings on behalf of our client.

We prepared all of the witness statements and obtained expert medical evidence about the injuries.

The insurers then agreed to negotiate as as the trial was approaching.

Mr Thomas accepted an offer of £25,000 in compensation for his injury.