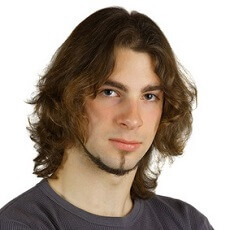 Matt was riding his motorcycle along a country road near to his home in Somerset on his way to visit his mother.

It was fine and daylight, and he was riding at a sensible speed with the headlight showing.

As he was approaching a junction on his left Matt saw an articulated lorry moving towards the junction.

The lorry stopped at the junction but then pulled out just as Matt was passing.

Matt had no chance to avoid a collision and he was knocked off the bike and very badly injured.

Matt was conscious at the scene and he knew straight away that he had suffered a very serious injury to his left leg.

Paramedics came to the scene and Matt was taken to the local hospital.

Sadly, Matt had to undergo a below-knee amputation of his left leg when he got to the hospital.

Mulderrigs have been dealing with serious motorcycle accident claims and amputation claims for over twenty-five years.

So we were very happy to travel out to see Matt and his family at home.

And after our initial meeting we agreed to represent Matt on “no win no fee” terms.

We sent a Letter of Claim to the lorry driver and his insurers.

But although they admitted that the lorry driver was partly to blame, they wouldn’t accept full liability.

They tried to argue that Matt had been riding too fast and not paying attention.

This was plainly nonsense.

So we brought court proceedings on Matt’s behalf.

The insurers then admitted full liability a short time later.

An amputation has massive life-changing consequences.

So calculating the amount of  compensation for someone like Matt can be a complicated business.

It is essential to get expert evidence from a number of experts.

So in Matt’s case we obtained evidence from an orthopaedic experts about the condition of his injured leg, and the possibility of future problems.

An expert in prosthetics also provided a  report.

His report set out details of the cost of providing Matt with the best possible prosthetics for the rest of his life.

A housing expert prepared a report explaining why Matt would need to move to a specially adapted bungalow.

And we obtained detailed evidence about Matt’s past and future loss of earnings.

Once all the evidence was ready we disclosed it to the insurers for the lorry driver.

They then agreed to meet us at a Joint Settlement Meeting.

Matt was represented by ourselves and a Q.C. (a top barrister).

After lengthy negotiations at the meeting Matt accepted an offer of £1.4M in settlement of his claim.