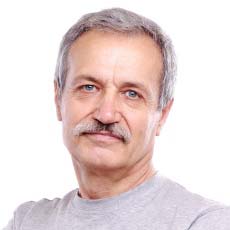 Mulderrigs acted in this very distressing claim for compensation for abuse by carers in Manchester.

Peter Williams is an adult in his 50’s and he has always had profound learning difficulties.

When Peter’s mother died his father wasn’t well enough to look after him, so he was taken into long-term care by Manchester City Council.

Peter was very happy in the first home he was placed in. He had lots of friends, did lots of activities and his father visited him regularly.

But Peter was then moved to live with a family on the outskirts of Manchester and things quickly started to go wrong.

Peter began losing weight and his father noticed that he had become very nervous.

Mr Williams Snr began complaining to the social services department, but his complaints were ignored.

Eventually, Peter had to go into hospital and the nurses were horrified by his condition.

Fortunately, Peter was then moved to a suitable home where he was slowly nursed back to health.

Mulderrigs were asked to take on the case against Manchester City Council, and we agreed to act on “no win no fee” terms.

We were very concerned about the gravity of the abuse.

So we immediately instructed a QC to represent Peter.

Mr  Williams Snr and various other family members made statements about what had happened.

The social services department were asked to provide copies of all their records.

The records made it clear that something should have been done much sooner.

We then sent a Letter of Claim to the council and they admitted that they were in breach of their duty of care.

Medical experts provided detailed evidence about the impact of the abuse.

We presented the evidence to the council and entered into negotiations.

Mr Williams Snr accepted an offer of £200,000 at a Joint Settlement Meeting and the settlement was approved by the court.