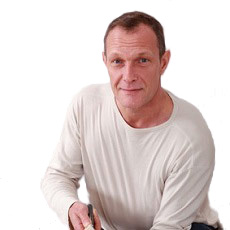 Andy Crawford asked us to deal with his claim for a football injury .

He was the victim of a late, two-footed challenge from behind, during a match in Salford.

Andy had cleared a loose ball and the ball had gone when he was challenged high up on the back of his calf.

As a result of the challenge he suffered a very serious fracture of his leg.

The referee saw the incident clearly and sent the other player off for an offence of Serious Foul Play.

We took on Andy’s case and agreed to act on “no win no fee” terms.

A detailed letter of claim was sent to the offending player.

But the insurers for the other player denied any responsibility.

So Paul Mulderrig went out to interview Andy and all of his team mates.

They were clearly a very decent bunch of lads and they all described the challenge as completely reckless.

We then issued court proceedings.

Andy went to see a leading orthopaedic surgeon who prepared a very helpful report about the injury.

A detailed calculation of Andy’s loss of earnings from his work as a carpet fitter was also prepared.

The insurers then agreed to negotiate with us as the case was approaching a trial.

Andy accepted an offer of £90,000 in settlement of his claim.