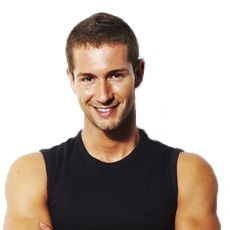 Mr Barton is a care worker who had an accident at work in Manchester.

He was employed to look after adults with challenging behaviour.

Mr Barton was sent to the home of a patient who was prone to violent outbursts and often attacked his carers.

The patient had been housed in a house with very steep stairs.

Mr Barton had to jump down the stairs to get away from the patient during one of the attacks.

As a result of the accident he suffered a serious ankle injury.

We were quite satisfied that the employers were in breach of their legal duty.

The patient’s housing arrangements were clearly unsuitable, and a much more careful risk assessment should have been carried out.

Mr Barton should never have been put in such a dangerous situation.

So we took on the claim against the employers and we agreed to act on “no win no fee” terms.

The insurers quickly admitted that they were responsible for the accident.

Mr Barton was left with some permanent problems from the injury which affected his work.

So we arranged for a top ankle specialist prepared detailed reports in support of the claim.

Mr Barton  accepted an offer of £50000 in settlement of the claim for his injury and loss of earnings.