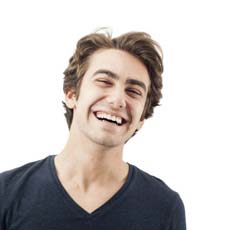 He had suffered a serious football injury as the result of a violent, ‘studs up’ challenge.

The incident occurred during a football match in Essex.

Ryan was in a “one-on-one” situation with the goalkeeper and pushed the ball past him.

But the goalie then lunged at Ryan in an attempt to ‘take him out’.

Ryan was knocked tot he ground and his knee was badly injured.

He was left with a fractured tibia and knee ligament damage.

As a result he had to undergo surgery a few days later.

Due to the extreme force of the challenge, the stud marks left permanent scars on Ryan’s leg.

The doctor described the injuries as being more like the impact of a motorcycle injury!

Ryan was unable to return to his work as a postman for several months and lost a substantial amount of earnings.

Amazingly, the referee didn’t send the goalie off the field.

But the case appeared very clear to us.

So Paul Mulderrig agreed to take on the case.

Paul travelled out to Southend to interview Ryan and all the witnesses.

The insurers for the offending player initially denied any liability.

So we commenced court proceedings.

The insurers then agreed to negotiate.

And we helped Ryan recover £40,000 in compensation.