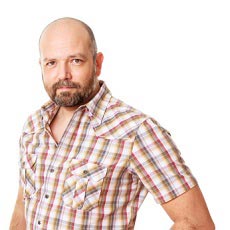 Mr Peters was injured when his motorcycle hit a large pothole.

He  was riding his Triumph Tiger near Rochdale on his way to look at a new bike.

The bike hit a deep pothole in the middle of the road.

Amazingly, he didn’t fall off the bike, but he suffered a serious jarring injury to his back.

Potholes pose a very serious hazard to motorcyclists and cyclists in particular.

Section 41 of the Highways Act 1980 imposes a legal duty on councils to keep the highways in a safe condition.

The council denied responsibility for the accident. Section 58 of the same Act says that councils have a defence to any claim if they have a reasonable system of inspection and repair.

In this case the council said they had a reasonable system of inspection. They claimed that the pothole wasn’t there the last time they inspected the road.

We made enquiries with local residents who told us a different story. Several people confirmed that the pothole had been there for months.

When we presented this evidence to the council they admitted liability.

We then gathered expert medical evidence and details of our client’s financial losses.

Once we had all the evidence we negotiated a settlement of over £10,000 for our client.