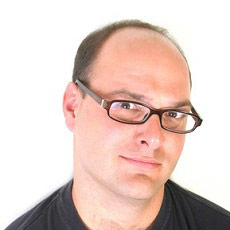 Charlie suffered catastrophic  as a result of a motorcycle accident in Greater Manchester.

He was riding along a main road at a sensible speed.

But a motorist then pulled out of a junction on the opposite side of the road at high speed.

He was knocked off his bike and suffered major injuries.

But Charlie couldn’t remember the accident clearly and the other driver alleged that Charlie had been speeding.

On top of that the witness evidence in the police report didn’t look very helpful.

So the solicitors told Charlie he had no case.

Paul Mulderrig met with Charlie and his dad to review the evidence.

There were clearly some problems with the evidence.

But Charlie had suffered a below-knee amputation of his left leg and his life had been changed for ever.

So Paul agreed to fight the case on “no win no fee” terms.

We interviewed the witnesses face to face and it turned out some of them were actually far more helpful than initially appeared.

And we could also prove that the witnesses who didn’t want to help us were wrong about some of the key details.

It started to look as though the other driver was at least 50% to blame for the accident.

But the insurers for the car driver would not accept liability for the accident.

So we brought court proceedings on behalf of Mr Leabrook.

A large number of medical experts delivered reports to prove the severity of Charlie’s injuries.

And we arranged for him to be represented by Mr Richard Hartley QC one of the most respected barristers in the northwest.

As the trial was approaching the insurers agreed to enter into negotiations.

So a “Joint Settlement Meeting” was arranged where the two legal teams could meet around the table.

After lengthy negotiations at that meeting Charlie accepted a settlement of £884,000.

Both Charlie and us were delighted to reach such a huge settlement in a case where he could easily have been left empty-handed.

(Our client’s name has been change & the figures slightly adjusted for inflation).