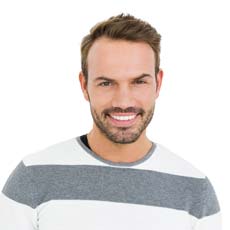 Mr Murphy was injured whilst working as an electrician at a block of flats in Balham, SW12.

He was working from a ladder and tying some electrical cables together when the ladder slipped and he fell.

There was no one available to foot the ladder, and his boss told to lean the ladder against some bins, but these moved whilst he was stood on the ladder.

Mr Murphy suffered fractures to both wrists and had to undergo surgery.

We took this case over from another firm of lawyers who told him he didn’t have a claim!

We didn’t agree with that assessment; we were quite sure the employer was guilty of numerous breaches of the The Work at Height Regulations 2005.

The insurers for Mr Murphy’s employers denied responsibility for the accident, so we got on with some court proceedings on behalf our client.

The Court ordered the two sides had to attend a roundtable meeting to see whether a settlement could be reached, and we helped Mr Murphy negotiate a settlement of £30,000 in compensation for his  injuries and loss of earnings.