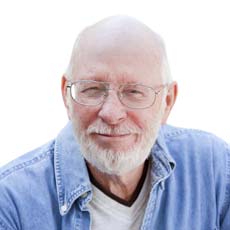 Claim For A Fall At Work – A Dangerous Building Site

Keith Hanley from Bacup asked Mulderrigs to deal with his claim following a fall at work.

He was working for a glazing company on a building site but the main contractor had left the paths around the site in a dangerous state.

Keith tripped over a concrete block that was sticking up in the path and was badly injured.

The Law on Claiming

Compensation For A Fall At Work

As the occupiers of the site the main contractors had a legal duty to take care for Keith’s safety.

Strict workplace regulations also impose a duty to make sure that “traffic routes” (anywhere you might walk) are kept safe.

We were satisfied that the contractors were in breach of their duty to keep Keith safe.

So we were happy to take on his claim and we agreed to act on “no win no fee” terms.

Keith suffered a serious injury to his thumb and had to undergo surgery to fuse the joint.

But the medical evidence was made complicated because he had suffered another serious injury to that hand some years earlier.

The insurers for the main contractor on the site refused to admit responsibility for the accident.

So once we had all the expert medical evidence and details of Keith’s financial losses we commenced county court proceedings.

But as the case was approaching a trial the insurers agreed to negotiate with us.

As a result of those negotiations we helped Keith reach a settlement of £35000.