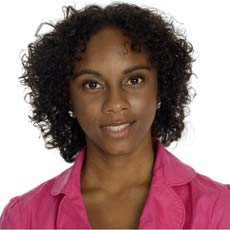 She worked as a supervisor for a company that operated confectionery stalls on railway stations, and suffered a serious injury at the company’s shop on Didcot station.

Mrs Jamison had to carry stock from a store room to the counter on the railway platform.

She discovered that the store room was in a chaotic state. So she had to move some heavy trays of drinks to get to the sock she needed.

Mrs Jamieson had to lift the heavy trays whilst bent over at an awkward angle and ended up suffering a very serious wrenching injury to her low back.

Despite receiving  a lengthy course of treatment she eventually had to give up work because of the injury.

Mulderrigs  have over 25 years experience in manual handling injury claims.

So we took on the case and agreed to act on  “no win no fee” terms.

The Manual Handling Regulations impose strict duties on employers in relation to lifting.

We were satisfied that our client shouldn’t have been asked to work in these dangerous conditions.

We then brought court proceedings.

The insurers agreed to meet us for a Joint Settlement Meeting once all the evidence had been delivered and we agreed a settlement of over £150,000 for our client.